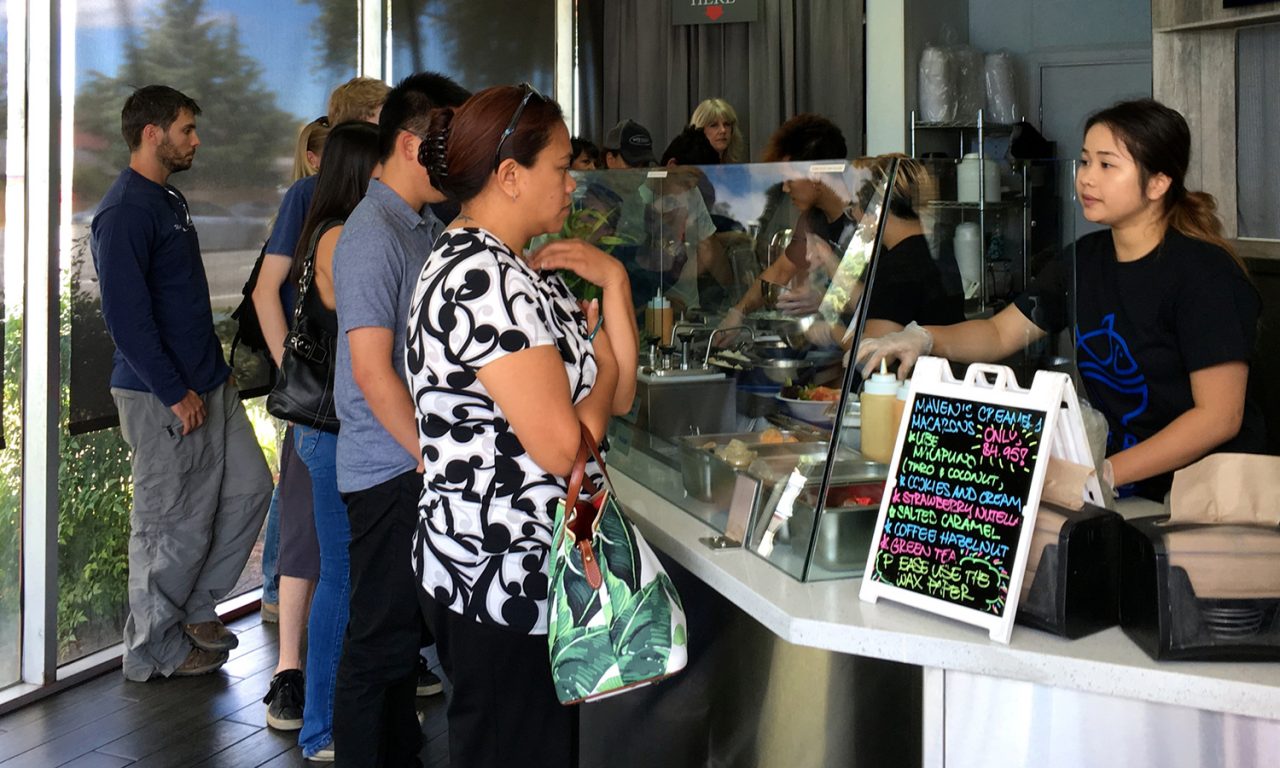 Love it or hate it, but is it here to stay?

Popping up faster than your local burrito joint or another Starbucks café, poke restaurants have grown by the hundreds, appearing in every major city and municipality in the United States. Between 2014 and 2016 alone, the amount of poke restaurants nearly doubled, growing from 342 venues to 700. However, is this growth sustainable? Is this Hawaiian cuisine projected to be the next big thing with its Subway-esque model, or is it just another franchise fad that will soon be irrelevant?

In 2016, 585 American-Hawaiian restaurants were open for business in the U.S.; only 43 of those had “poke” in their name, according to the food industry market research firm Datassential. In 2017 there were 1,093 with 422 containing “poke” in their name. Mentions of poke on U.S. restaurant menus have increased 102 percent from four years ago. The numbers speak for themselves and it’s easy to see why.

In order to set up a poke restaurant, all anyone needs is a refrigerator, a rice cooker and a bit of elbow room. There’s no need to acquire a large commercial space that will be filled with ovens. Due to that, a couple hundred thousand dollars are taken off the initial startup costs and in the long term there’s no need to pay for a grease trap or an exhaust hood. For these reasons, poke bowl concepts have become popular franchise opportunities because of the low startup costs and operational costs.

As more and more poke bowl franchises open up, the more this hot new concept is brought to the attention of the public. More than 35 million Americans have tried poke. That still leaves roughly 300 million Americans out of the loop, with plenty of room for the business to grow!

One of the companies that’s taking advantage of this new opportunity and wants to share their wealth with others is Poki Bowl. Poki Bowl announced the launch of their franchise offering earlier this year. Established in 2015, within 2 years, they expanded to five locations around the Bay Area. With their new fast casual franchise offering, Poki Bowl is ready to expand their brand to newer regions and more communities by offering the LOWEST startup costs in the poke industry. “At the end of the day, we want to share the tradition and great taste of poke with as many people we can and we believe our brand is the best vehicle to do just that.”

nextPoke Facts - The Legend of Poke


It’s fast and easy! No need to wait in line to p

Have a bright and colorful new year!
…..
#simpl

May the holiday season bring you good health, love

When you don’t feel like cooking, place an onlin